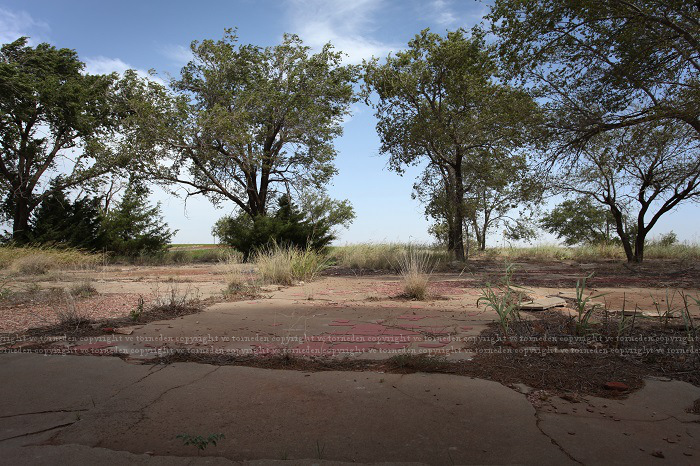 Many ghost towns exist because of gradual exodus or the bust immediately following some great boom. Many of those we’ve visited along Route 66 dried up with the decommissioning of the highway. But there are others, places which force the question what hard luck makes it seem as though a town was never meant to exist there. Foss Oklahoma is the later.

In spite of promise, Foss was plagued with troubles from its inception. In 1900 the town was established on land taken from the Cheyenne-Arapaho tribes in 1892 around Turkey Creek and granted charter in 1901 at around the same time the Rock Island Railroad came through. The town quickly became the largest trade area between Oklahoma City and Amarillo, but in 1902 Turkey Creek devastatingly flooded, wiping out a large portion of the town and killing nine people. 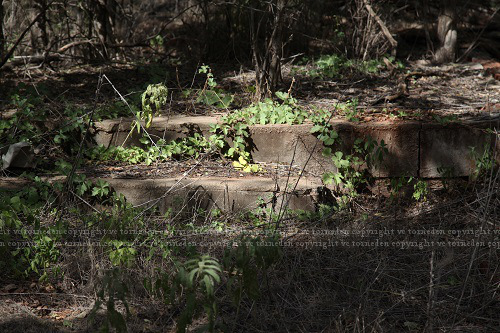 After the flood, the town was moved uphill to the north, out of range of flood waters from the creek. The town grew quickly, having a population of nearly a thousand by 1905 with two banks and multiple cotton gins. But within less than a decade of the flood, in August of 1908, tragedy struck again in the form of a fire which destroyed a

city block before being put under control. In April of 1909, a second fire destroyed most of the buildings in the area. Although a water plant and electric plant were built within a few years to improve conditions, nonetheless the town’s population peaked between 1915 and 1930 at around one thousand six hundred. The stock market crash of 1929 and subsequent Great Depression, as well as heavy migration away from the area during the Dust Bowl and World War II quickly dwindled the population and a third massive fire in 1939 put the town into a rapid decline from which it never recovered. The travelers along Route 66 on the south side of town and the air force base at Burns Flat kept it alive through the fifties and sixties, but lack of students closed the school in 1957 and with the closing of the air force base and decommissioning of sixty six came the closure of the last bank in 1977. In 1982 the Temple Building, one of the only remaining buildings from the town’s glory days and home of the first bank and post office, burned down. 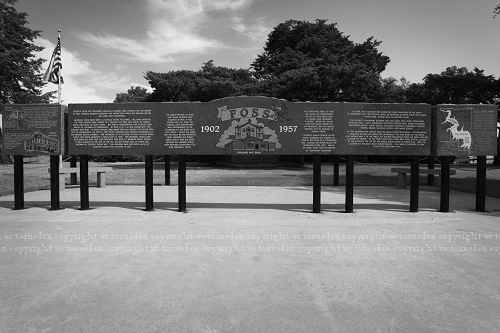 Today, little remains of Foss beyond the old church, a cemetery, a jail, an abandoned gas station, and a handful of residents. A thin façade of a smattering of houses hides the ghost town reality, but upon closer examination, where the actual town originally stood are overgrown sidewalks and foundations, a ghostly effigy to an ill-fated boomtown. At the top of the hill, marking the school’s barren foundation stands the plaque shown in the above photo like a tombstone, detailing the history of the vanished town.