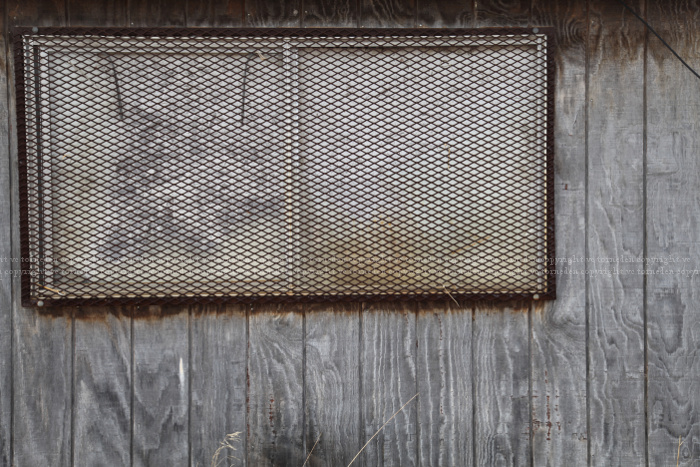 We had, for about three hours solid, hacked, cut, sawed, and viciously macheted our way through the over grown briars and thorny brambles (or as I like to call them “snake pits” and “fire hazards”) that during a few years of neglect have taken over slightly more than an acre and a half toward the middle of our land. Don’t let my description make it sound charming; it involves wearing long thick sleeves and heavy work gloves in the ever warming weather, constantly watching your step, cutting down saplings every few inches, inch thick thorn covered blackberry vines one immediately after the other, generations of labyrinthine muscadine vines, three inch and more thick what the hell are those kind of vines, and all coating now smothered trees needing cut down and stacked into firewood, those that can be used. I’m still making this sound fun, aren’t I? Enough gouges and scrapes that someone looking at our arms might question our mental stability, a dozen or so growing piles of brush for burning, and six stacks of various aged firewood later, we might have pushed the overgrowth line back about twenty feet. By then I was sitting on top of a nearby mound, debating if we’d made any real progress and what I wanted to drink before asking Josh to settle the later. 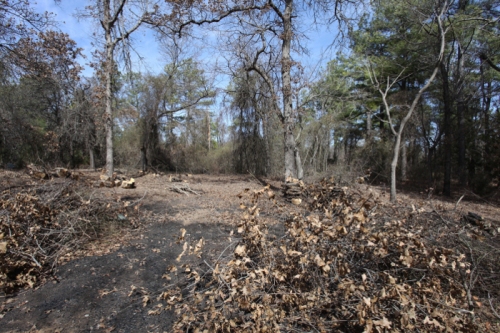 The foreground is what we had cleared before this weekend. The stacks are much larger now, but the woodline is still as foreboding.

Blank stare response since I don’t keep soda around.

And there you have it. Any more effort with the woods wasn’t happening, I’d already measured and marked out the beds to be laid out in the garden the next day and set the gate posts, and having spent the evening before dolled up and being as social as we can muster these days for First Friday we had zero interest in a social setting, so it was quiet “aimless” riding go time.

Since we’ve moved Pops isn’t a fifteen minute jaunt up the road any more and we managed to stretch it out both coming and going to somewhere just under four hours. We started out on roads we know, the same windows and signs and fields flashing by in the periphery, but by the time the sun had just disappeared and the sky gone bruised blue we were on roads we only kind of knew, and by dark no idea but we were heading vaguely north and east bound and as long as you go north from where we were, you will cross 66 at some point.

While I would love to share pictures of our little night ride, there are none. The sun was at the lowest point in its daily arch by the time we left, everything dripping syrupy orange and cast in peach pale glow and there wasn’t a snowball’s chance in hell of either of us stopping for miles yet to come as we blasted past big bad weekend warriors shuffling home quick to beat the dark and the last handful of cruising happy riders making their way to whatever location with the close of a beautiful warm day. I did miss one shot I regret when something caught my attention at a red light, a sizeable red tailed hawk perched magnificently on the highway sign to my immediate right, watching us, first indifferently curious then startled but unmoved when we lit up at the change to green. When I glanced back, it was still there, watching us, watching everything. All day I kept seeing hawks of various kinds, nearby, watching. I know there’s some symbolism there.

There are almost no lights where we were and thus little to photograph. And while I’d love to write for you some detailed account of deep thoughts, conclusions found in miles of darkness, ideas strung together on lines of hazy amber lights in the horizon distance, knowledge discovered in the rhythmic alternating roaring echo of aged bridge pilings flashing by in the cavernous underpasses as we dodged the turnpike and all its boring trappings, I’m not sure I had any. My mind tends to go quiet riding in the dark, just motor hum and a bouncing beam of light and all movement is forward and limited to the immediate. It’s beautiful. There is something to be said for that time alone in the dark. No matter if you are solo or with a friend or group, out on back country roads, the occasional change of temperature and heavy earthen smell and the vast quiet. But for the beam of the headlight, its as close to a feeling of floating free in space as I can imagine, lonely and infinite while also very closed in and comforting.

But that quieting of the mind, that concentration on the immediate lends itself about as well to a written passage as the pitch black of night time countryside does to roadside travel photographs. Although, there was one point, at a lonely stop sign at the intersection of B.F.E. Junction and Nowhere Road that I finally realized what song I’d been humming to myself for the last few miles. Addicted to Love. Yes, Robert Palmer. That Addicted to Love. How’s that for some “biker jams”? For some deep philosophical thinking? I laughed so loud at the thought, Josh started next to me and I could faintly see him shaking his head in the dark.

Although our relaxing run Saturday evening did not provide much in the way of photo opportunities, Sunday’s day trip (a more involved journey for part of yet another photo project I have going) did involve stumbling across this abandoned corner store in the middle of nowhere, a place too neat not to photograph and share. 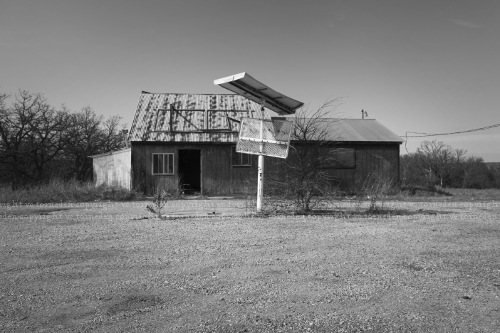 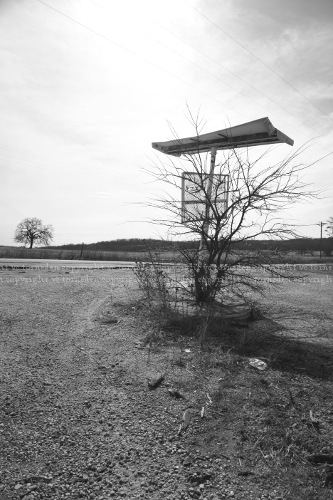 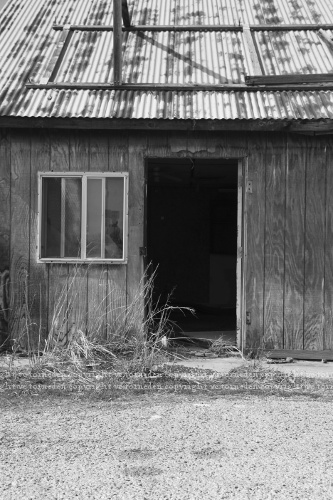 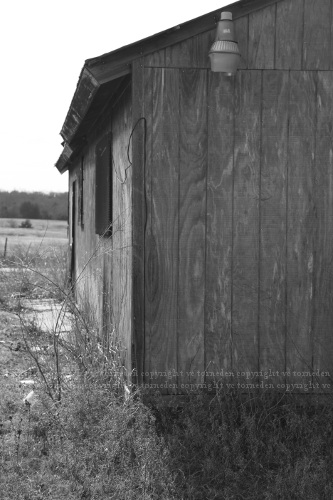 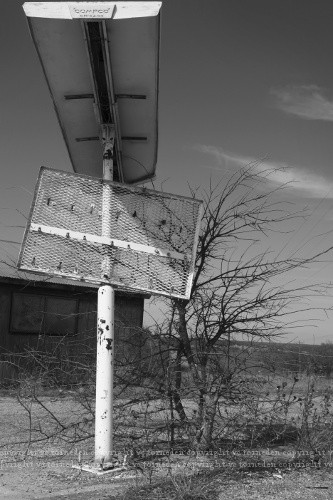 Older: Weekend Ramblin’: Garages.
Newer: To everything, a season.