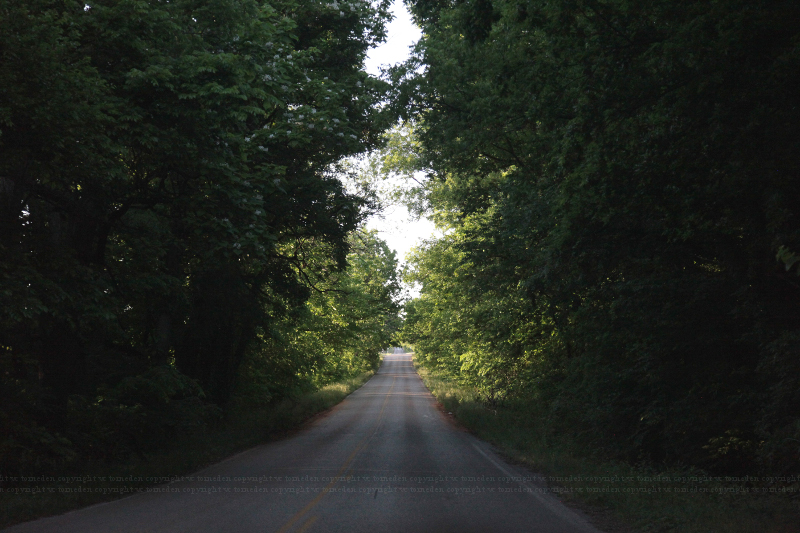 Summer was here long before the solstice. The heat came early and uncomfortably so, but everything went by quickly then. Blink and spring is summer, turn around and June is in the rearview, the periphery is a blur.

But I remember May and the first bit of June, it rained frequently and inconveniently, usually midday so that long trips were ill advised and short trips had to be coordinated more so than is gratifying. The air became warmer more slowly than in years past, you would have to be outside to notice it. A mild winter, the spring passed gently until the air grew muggy and hotter. But the trees were what stood out, all the flora really. So green, and

blooming so suddenly. And they stayed green longer, slow motion paused, unstirred and languid in temperatures so mild, sharply contrasted with the tumultuous nature of our daily life.

Typically, we worked at chipping away the mound before us, a mound that in every part had been building pressure slowly for years until the point of no option but release or explosion. So we controlled the release or, to some extent, the explosions as best we could. But every day, or near as often, we slipped off for an hour, two, sometimes longer. Nowhere especially remarkable, just a press of the pause button, a whetting taste of what lies on the other side of conquering that mountain, controlling

those explosions. The details of the mountain however overwhelming in the day to day become trivial at that point and every fine detail of the ride became the focus.

Each ride the sun shone differently for the change of day and the same trees we passed under en route took on different shadows as the length of day grew with the season. Down long backroads, the world wound and wound, everything familiar as ever before except much, much richer in detail.

In May I remember the elegant scissortail swallows gliding softly over pastures and into the woods between where the cottonwoods shed gently, 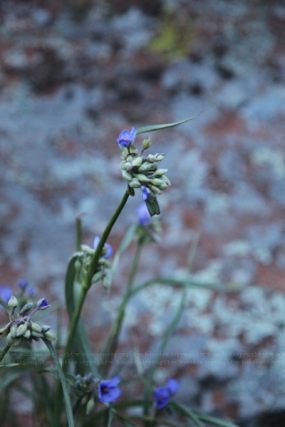 dreamlike. As Josh rounded a curve ahead of me their cotton went swirling and spiraling, ethereal and graceful. Despite much gravel, I caught myself watching entranced from some sort of ambivalent place that exists in spite of all attentiveness, the place of impassive focus, the whirling, swirling nature of everything when reality slows and the Everything becomes immediate. And I remember the bright hues of the roadside wildflowers, deep golden black eyed susans, ruddy red indian blanket, splashes of pale pink violet coneflower, all strewn delicately with the first of summer’s coming queen anne’s lace.

In June, at a rural four way stop, I idled, watching. A large black snake had

caught my eye to the immediate right, winding its way across the intersecting road, mud caked in red dirt and ambitious to pass thru the crossroads to wherever he was going. Sizeable, all powerful muscle and fluid grace, I wondered what put him in such a hurry and how such an intricate muscular system could just be. Crossroads are complicated places.

And that was the beginning of summer. We rode nowhere specific, nor for the purpose of getting to any one place, but rather to suspend reality in a moment of engine hum and the vividity of immediate observation. Just to be, a convoluted system of existence fully focused on the moment in spite of the blur.

09 Sep This entry was published on September 9, 2016 at 17:28. It’s filed under Motorcycles, Oklahoma and tagged Art, Biker, Meditations, Motorcycle, Motorcycles, nature, Oklahoma, Photography, ride, Riding. Bookmark the permalink. Follow any comments here with the RSS feed for this post.