It’s like waking up. The haze has stretched on and on for months and even in gear and loading up, like checking another must from the endless to do list, the dull fog continues to encase everything. Engine roar and forward momentum and like blinking away sleep, focus slow returns. Then the cold rush of blood to the face in the sharp late autumn wind. Suddenly everything snaps sharply into vivid clarity.

According to this year’s barely used road journal, it’s been more than two months since last real riding or writing, which with my dialect sound the same spoken, an irony not lost on me. It feels longer than some two and a half months, now that I’m awake again. I have sleepwalked through the last year, rarely snapping out of the undertow of an incessant series of melting away no longer necessary limbs.

The weather, the seasons, drag, a side effect of mild temperatures or of disengagement. Disengagement more likely. Every time I finally do step outside, some unseen hand presses the fast forward and spring is summer, summer is autumn, winter storms are coming. 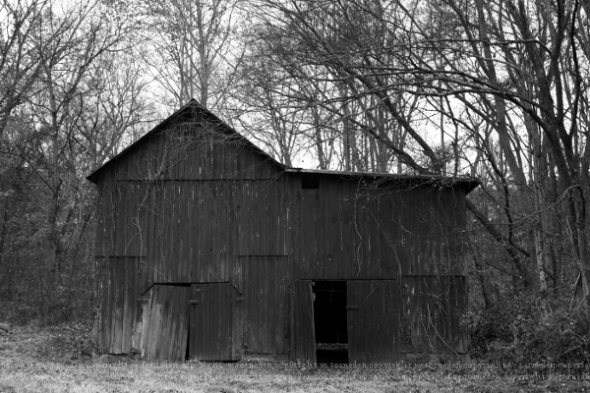 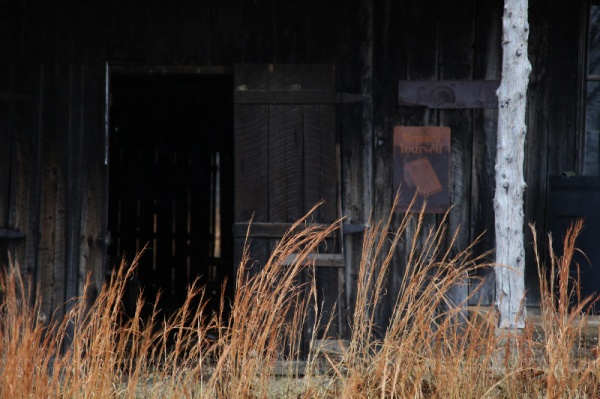 And so, a break. Back to the hills and tall trees, back where autumn is a very real and vivid immediate presence. The muted neutral tones preceding annual death are hewn with jewel tone splashes of fire, wine, gold, and copper. The earthy damp scent of the post-harvest is interrupted here and there by the linger of sweet oaky smoke curling from a farmhouse chimney. Smells sharpen with the promise of rain and the gray looms closer. Then the baptismal drizzle comes in ashen gray.

But in the excitement of waking after so long asleep, the curves beckon and reality is back within grasp, comforting. Tennessee rolls out to all sides around us, rustic and ancient and welcoming. 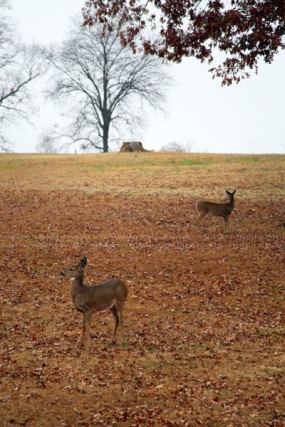 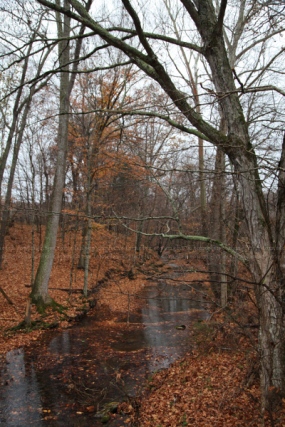 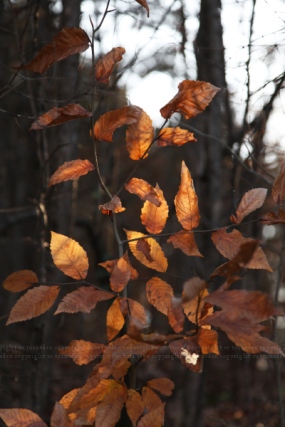 Does stand by foraging until startled by the approach. Crows take flight over flame colored meadow grass and emptied fields. A pair of hunting dogs, coon hounds, black stark silhouettes, alert at our passing. These sights, this return to purpose, this brief respite, reaches under the muffle of the murk, the hand of reality lifesaving after so long beneath the surface of painful vicissitudes.

It’s been a strange sort of year, the kind where those things that must go to make way for change are going constantly despite your every consternation, the kind of year when pain and stress become so constant that a sort of bleary eyed malaise and constant ache in the soul and bones become the norm. But that isn’t the norm. In a breath, a sudden rush of cold wind to the face, a blur of periphery and the hum of engine noise, my head is back above the surface, cleaved from the trauma and able to recognize a chapter from the book.

And so, a return to filling the pages of road journal after road journal, of photographs and painting, of putting to rest the last of that which looms murky and of moving forward into the clearing left on my soul by the year of great rending.

Older: The bridge is out.
Newer: Autumn, Tennessee.

2 thoughts on “After the reaper.”