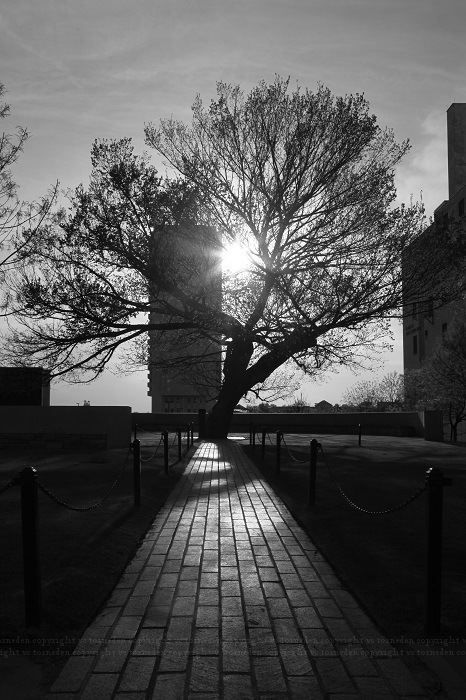 To be fixated with the beauty of trees is not exactly a mark of uniqueness, but the love of any particular tree is very much distinctive to each individual. It means one has marked your soul in some way, whether it held your tire swing, shaded you from the sunlight of your favorite summer, or has weatherworn initials encircled by a heart long after the moment passed. (Does anyone do that anymore?) There are even some trees you will encounter whose grandeur is unmistakable, who’s far reaching vision into the past long before you and the future long after you is crushing. And for such a tree to also be exemplarily magnificent in every esthetic sense is remarkable. There is one such tree in Oklahoma City; the Survivor Tree. 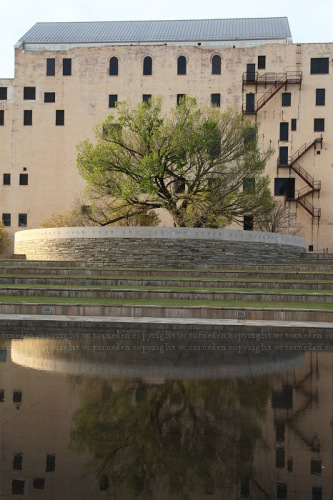 In the heart of downtown, the Survivor Tree curls gracefully toward the sky, standing beautiful against its landscape, as natural and integral in the mix of skyscapers as it would be in a forest. 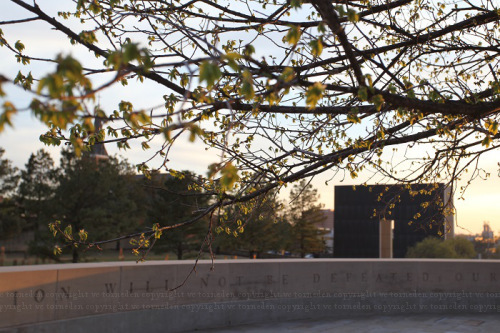 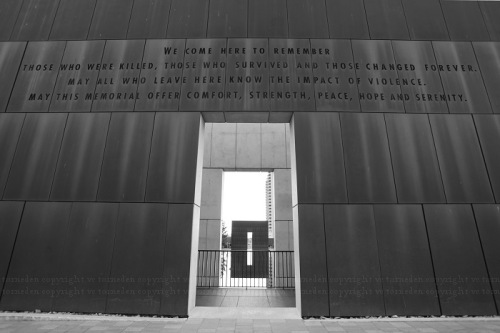 With the Murrah tragedy anniversary fast approaching and all the heart wrenching talk on the radio about Boston, my thoughts kept going back to the Survivor Tree, who since the first time I saw it became one of the loveliest and most gripping testaments I have ever seen. Josh however had seen the memorial only in passing and this week seemed the time to take him to the actual grounds. 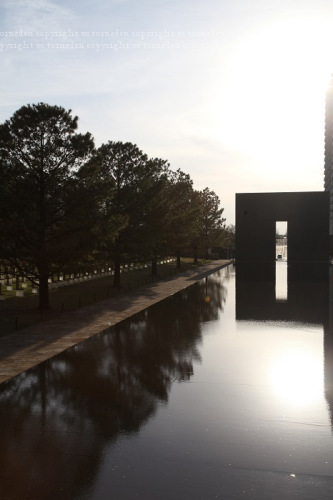 I had tried to put in words for him the brilliance with which the Oklahoma City Memorial was built and how tastefully the museum was done, but words fail. No cliché intended, but neither words nor pictures can do justice to the balance of scope and respectfulness, of memory and raw emotion, of remembrance with healing. Rare indeed is a memorial that inspires such awe lying silent, serene, and sentinel in the heart of a major metropolis without need of flagrance or forcefulness. 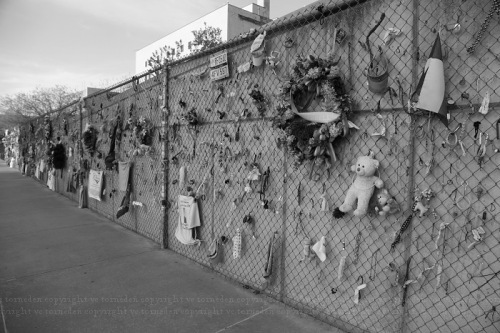 The gateways at either end of the former N.W. Fifth Street stand as sentries drawing visitors, and even the most ambivalent of tourist we noticed, directly through their portals rather than around any of the other open walkways to the Reflection Pool and into hushed meditation. Prostrate and waiting, the Field of Empty Chairs looks across the Reflection Pool at the Rescuers’ Orchard where the decorative trees race uphill to the statuesque Survivor Tree. 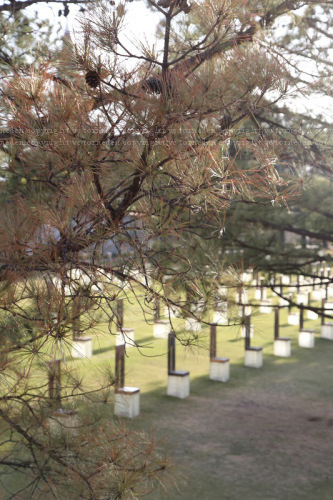 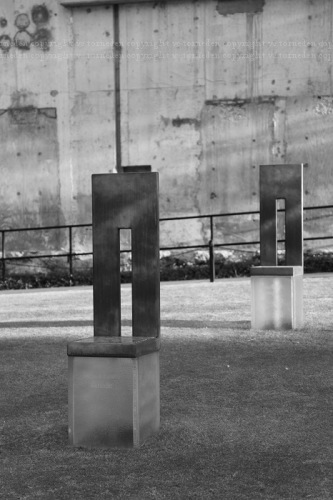 You see, that artfully gnarled elm bore witness to the tragedy of April 19, 1995 and while stone and mortar collapsed around it, that decades old Divine work stood unshaken. In fact, it caught much needed evidence in its branches. Today it stands encircled by a small plaza, looking down across the pool to the empty chairs and the remaining sections of wall from the Murrah building. Within the Memorial Museum, photographs of Oklahoma City from its early decades show the tree in its youth, a tree whose life spans almost a century, a large portion of the life of Oklahoma City itself. Like the heart center of the city, the tree bears witness to the growth, tragedies, and resilience of the people creating and living around it. If that is not a tree to mark your soul, I don’t know which might be. 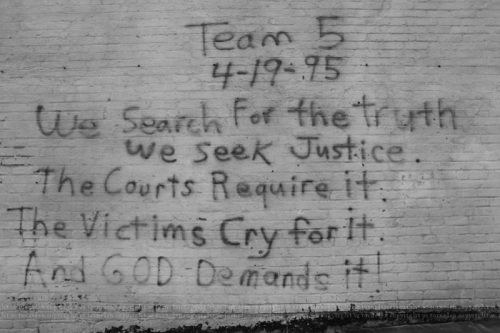