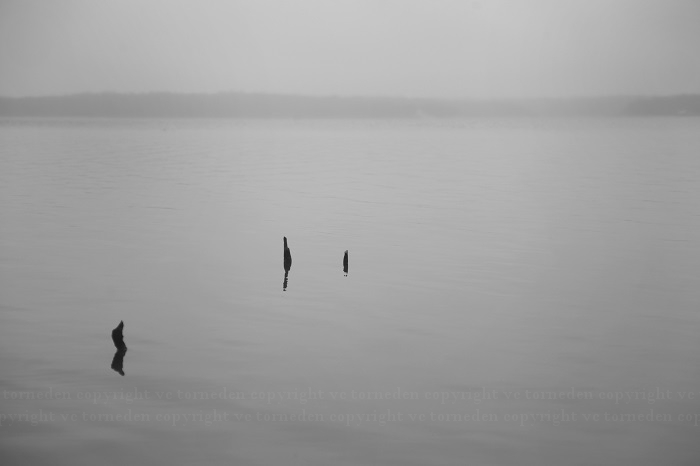 The whole world was gray white and infinite encapsulate. One step outside and the cold bit as a light constant mist alternated somewhere between rain and snow. Down the highway with the lazy Sunday drivers and those with markedly too much need to hurry through life, past downtown half its height vanished into the heavy immersing fog. I love a downtown skyline, particularly ours, when it’s shrouded in fog and quiet and peaceful. 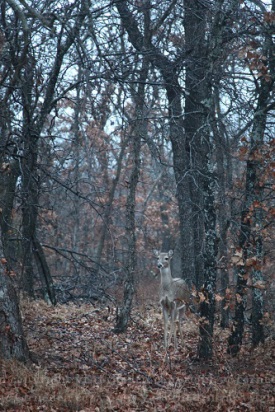 Maybe it’s just an endearing love of fog. In the mountains the fog crept in the morning through the valleys until the sun burned it off and in a later life in the Delta it hid the Mississippi and swampy waters, gnarled cypress reaching through and skyward, and thus it’s been an integral part of all my homes, of the beauty of every place that created me, and in that way is part of me. A person prone to keeping large swathes of myself hidden, conceptually it feels like home. And on heavy hanging days it even smells like home, every home I’ve ever had.

Out of town, a county over, and down a once back road now developing until it dead ended into vast glassy gray. At a reasonable looking turn, we found a place to park and disappeared along the drought lengthened shoreline, tracing various animal tracks along the sandy clay that hides when the rare rain comes. That red sandy clay that will be on our boots until the day they fall apart; the red dirt gets in you when you live here. Up narrow hiking trails into the brush, the trees were still broken in a short path line here from a tornado none too recent. Mulberry vines had crawled up them and through the splintered branches and trunks. Quiet and still, we listened and watched, the light crunching sound of hooves, flickering songbirds, bold red streaks of cardinals, and the intermittent distant laugh of a mallard. A squirrel was scampering about fifteen feet to the right. The air was frozen and sound carried far. 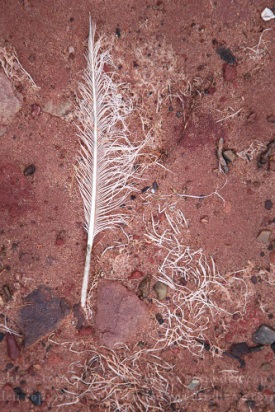 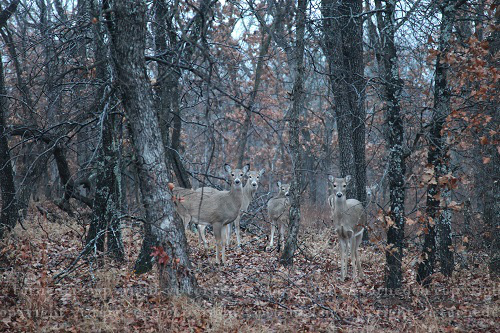 Josh continued hiking in search of deer, but I returned to the shoreline to see how far the edge reached, admiring the exposed roots and tangles of driftwood, like something from one of the gory fairytales I loved as a child. And as I neared the end of the walkable shore, a sudden booming racket and beating and up shot a flock of ducks, skyward through the trees and out over the lake, but the cold sent them reeling back to where they were feeding on the other side of the jetty. Before I made it another twenty feet up they shot again, so loud the air shook at that close range, and dozens directly overhead, yelling in that ridiculous laughing way they have to each other. Around the curve to where downed trees blocked the way and there they were, hundreds of ducks, feeding, roosting, floating, and something moved in the woods above us. Before I could properly train my lens on them they were up, all of them, like a thunder clap and echoing rumble of hundreds of wings beating in unison. I stood watching until the last were gone, photographing forgotten, all admiration and tranquility until they faded into the fog. 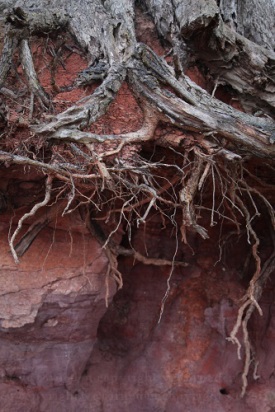 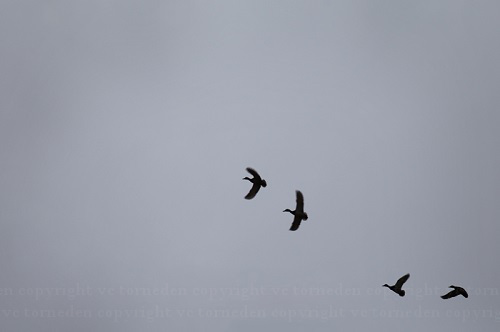 To another shore and into the woods again we hiked, carefully as the deer were coming in droves to feed. A heron was winging his way back and forth along the rocky shore, fishing here, then there, all dusty blue and shades of gray like the sky. Amazing creatures, wading birds, perfect grace and predator in unison. And against the rocks where he’d stood, ice clung sandy beige dirty but bright contrast on the red rocks. Our temperatures haven’t broken the freezing line most days so far this year and everything is coated in winter gray, except that bold red earth, the red dirt that is middle Oklahoma, its showy heart, a darker bloody burgundy tone in the gray winter damp, a heart sometimes best seen on a midwinter hike. 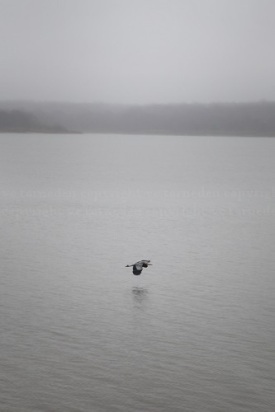 Older: Chicken hawks at the diner.
Newer: Later birds on the sixty-six road.

6 thoughts on “Thunderbird in winter.”