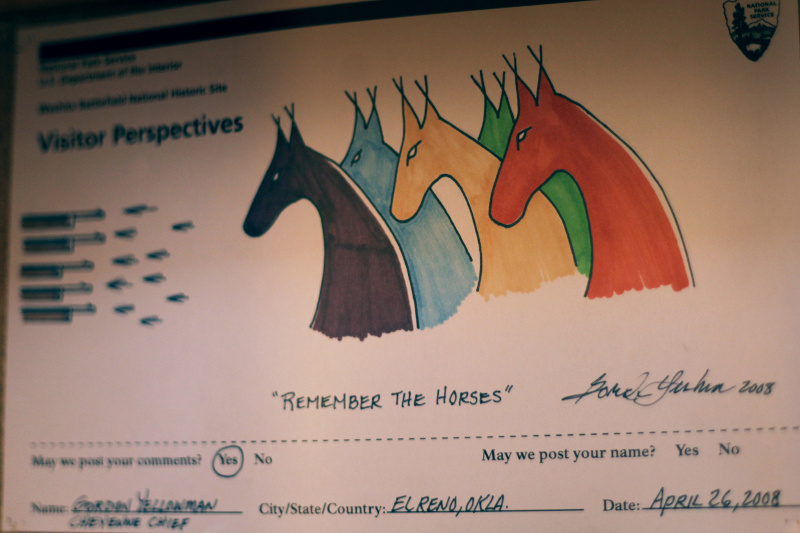 There is well preserved hallowed ground in west Oklahoma, a place where history changed forever for all American people. In 1868, a group of settlers had arrived relatively new to the Indian territory and were trying to carve out a life for themselves in the often hostile environment. It was early morning November 27, in the pre-dawn cold and ice, when the settlers were brutally attacked by a band of savages. The savages would boast of a great battle and of more than a hundred enemy slain, but in truth the encampment was made up primarily of the elderly, widows, and orphans who were brutally murdered that cold winter morning. Included in the more factual number provided by the settlers of less than half of the number the savages claimed slain was their leader, a man deeply devoted to peace, quoted as saying he could not be changed of mind by the escalating events unfolding in the territories and swayed from his belief in peace as he was not a “man of two hearts.” Even after seeing countless others butchered on the plains, he deeply believed a peace could be made with the marauding savages sweeping across the open prairie. That leader was Black Kettle, and the savage who murdered he and his people that morning was George A. Custer and members of his 7th cavalry regiment.

Perhaps because I was raised steeped in the confederate biased history of the South and know that before the so called Indian Wars, Custer was a cowardly glory hound for the union, a murderous child in man’s uniform only interested in feeding his own ego and building a reputation, rather than building a legacy of honor, respect, and of the warrior spirit that leads down the bloodier path to genuine veneration. Perhaps because I have enough compassionate interest in the subject to know that the stories of the “savages” on the plains we were told as white children fall as deeply into the lie category as much of the other biased history we were force fed. What I do know from factual, indisputable history is that Black Kettle’s task among his band of Cheyenne was to oversee the infirm, the widowed, and the orphaned and thus in no way was his band a threat, much less warriors, as Custer would paint the scene both four years earlier at Sand Creek and on the banks of the Washita in November of 1868 (one day shy of being four years to the day from Sand Creek.)

“I cannot but feel that the innocent parties have been made to suffer for the crimes of others.” – Thomas Murphy, Superintendent of Indian Affairs 1868 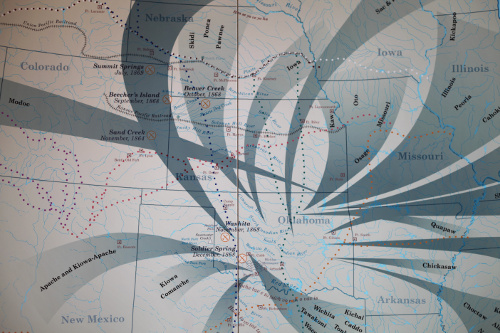 Today the National Parks Service in conjunction with the U.S. Forest Service has preserved the Washita Battlefield as a fine memorial and testimonial to history, culture, and tragic “progress”. The site of the massacre at the river banks is accessible by hiking trail with the trailhead marked by a seating area, overlook gazebo, and monuments detailing the tragic history. Immediately uphill is the museum itself, a beautiful tribute to the events of November 27, 1868.

There was some debate between Josh and I as to whether the physical site of the slaughter should be accessible. To me that is a sacred place, not a battlefield, a place not for the living, a place that should be left to the other side, with the museum and memorial at the trailhead being available to the public for remembering, for forgiving, and for prayer. Josh disagreed, being of the mindset that the more people who see how isolated Black Kettle’s band was from the other three bands of Cheyenne, Kiowa, and Arapaho camped along the Washita, if people can see how helpless a group of elderly men, women and young children even with a few warriors would be in that place, then more people would see what a monster Custer was and would more fully grasp the cruelty exacted at his command that cold morning. Both points of view have their merit, albeit what you might call my superstitious nature makes me glad the Washita is currently at flood stage and when we visited the trail was closed to hiking.

But perhaps people do need to see for themselves how pinned down Black Kettle’s band was. Perhaps they need to hear the details of how the women and children trying to escape across the frozen river barely clad in bed clothes were gouged and sliced by the ice on the river surface. Perhaps they need to know that the proponents of peace Black Kettle and his wife Medicine Woman were gunned down in the most cowardly manner, shot repeatedly in the back and left lying in the mud. Or that the soldiers were ordered to burn every possession, every piece of family history, every fragment of culture, every material possession in the encampment. That one soldier was even quoted as remarking at the beauty of a dress he was forced to burn, at the craftsmanship, that the dress is gone forever, a piece of family and Cheyenne history turned to ashes. Or that before the surviving women and children were taken as prisoners of war, they watched and listened to the gunshots and cries as every horse of the band was rounded up and murdered. Perhaps people need to see and hear those things not just to remember but to ask themselves why. Perhaps the trick to not repeating dark history, a path to a greater humanity, the path to being one great spark of divination together undivided is in a deeper realization of the truth and of the why and perhaps part of that realization is forever etched in the Washita riverbank. 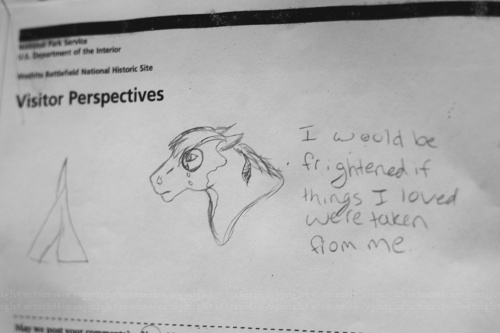 30 Apr This entry was published on April 30, 2015 at 19:42 and is filed under Destinations, Oklahoma. Bookmark the permalink. Follow any comments here with the RSS feed for this post.

5 thoughts on “On the riverbank.”