Don’t complain about an overabundance of catch up and projects; life has very little problem throwing so much more on the fire that you will find yourself knee deep from weary waking to exhausted sleep in incessant prep work, catch up, and overwhelm, so much so that any pleasant anticipation is gone replaced instead by stress induced anxiety attacks and emotional mangling at the hands of less than pleasant work. Day after day of unseasonably warm autumn days will roll by, a blur from predawn to sunset, was there a day at all? No time for getting away, no time to slowdown.

Life is for living, and though I have a deeply rooted sense of hard work, busy is ridiculous and a schedule with no wiggle room for pausing, for breathing is no life for me. Albeit in retrospect relatively brief (not so at the time) the last month of overwhelm is finally waning. Inspired by a break/date night that mostly involved Josh making me cut off my tunnel sighted focus Sunday and throwing me on his bike for a trip to the City and dinner, clarity was regained with regard to the need for stepping away. Of course on the planned day for a stepping away, more logs were piled on the fire and the plans fell apart, but those logs became the last straw both for pure agitation and more so due to the impending storms and freezes in the forecast. 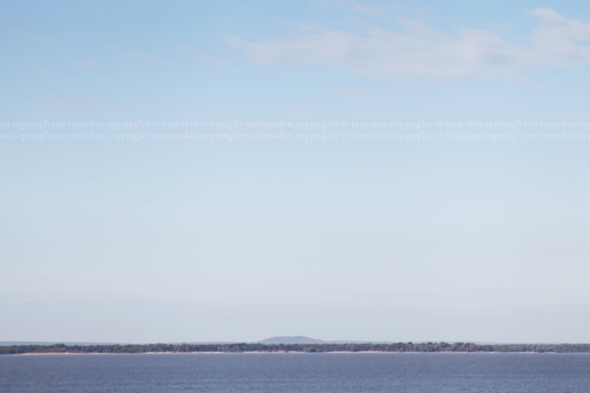 And so yesterday, the last warm day of this indian summer, I was up at 530 am in spite of working until 2 am on pressing paperwork. A scant three and half hours of sleep goes a long way when your mouth salivates at the idea of hitting the pause button.

The sky was overcast, the air was cool and the world had a sullen gray cast in the early light’s gloom, a deterrent to many but my favorite kind of day as well as my best loved riding temperature. The vague chill in the air dissipated by 830 although the faint overcast held until the sun reached its 10 am perch in the sky and the darkest clouds disappeared the rearview, a remarkably concrete metaphor found in the horizon eating storm line.

Somewhere in the brisk miles my fog had lifted and the welcome smells of seasonal change, the crispness of nature, the faint lingering of some unseen farmhouse’s dwindling chimney smoke came sharper and sharper. We exited the main highway and disappeared into the labyrinthine secondary veins of the state highway system, through state parks, tracing the edge of behemoth Lake Eufaula, until we found ourselves deep enough gone into forgotten ghosts of townships and undeveloped land mass that humanity faded with the storm clouds.

A full late morning and early afternoon of hiking later it was back onto the highway, past crumbling barns somehow still in use, farm truck graveyards all rust and faded paint on American steel tombstones, wide swathes of ranches marked every dozen or so miles by homespun archways bearing their own particular brand in painted rebar alongside a horse or cowboy cut metal silhouette. A young bay alternated between a steady trot and a playful frolicking run, all shimmering copper red against the pale of a faded autumn pasture, the backdrop of tall hills in their deep green-blue pine coat framing the horizon.  The land rolls more smoothly away from the multifarious populace, the way it is meant to of its own accord. 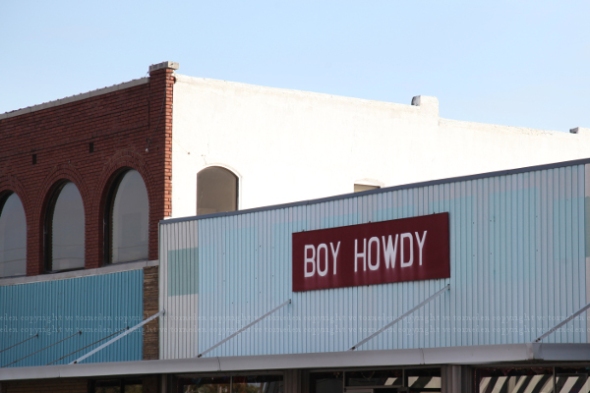 Through a sea of slanted afternoon sunlight, ever strengthening wind, and gentle rolling foothills then into Eufaula for late lunch. Upon pulling in, engine drone was replaced by calculated clatter beyond an open kitchen door, a screen door all that stood between the cook and fresh air, between us and the mesmeric scent of the grill. Inside, pies sat cool in their icebox display, a pretty lone waitress buzzed on deft feet around a handful of customers, and an older gentleman with soft but watchful eyes greeted us with a voice like a blues song, all gravel and harmony. Old ceiling fans breezed the washrag worn wood grain formica countertop of the bar and elderly couples chatted at their respective tables, their faces changed with age but their demeanor and character as boldface and unweathered as decades ago.

Simple How yall doin?’s and sweet tea and all the comforts of a place reminiscent of home coupled with the ever present endlessness of the open road cleaved away the stress and anxiety of the preceding month. With the recent past baptized in familiarity and the near future reframed in fresh opportunistic patience we rode home through the shimmering gold of afternoon, back highways all the way, no need for hurry, little more in the periphery than sage and pasture, black ribbon of never ending options ahead, and the limitlessness of reality crushing the farce of anxious worry.

The eatery referred to is JM’s Restaurant in Eufaula and it is wonderful. If Miss Camille is cooking, don’t even think of not stopping.

4 thoughts on “Before the storm.”