“You’ve never been to Robber’s Cave?”

“Not that I remember. I think my grandmother took us once, but I can’t remember.”

A body can’t forget Robber’s Cave and I was shocked to find Josh had never been, that for spending nearly as much time at Lake Eufaula as a kid as he did on the Illinois, he had never been just up the road a piece to one of the most beautiful places in Oklahoma. And yes, I stand by that bold statement wholeheartedly; Robber’s Cave is one of the most beautiful places I’ve ever had the good fortune to visit anywhere.

I hadn’t been to Robber’s Cave in near a decade, but I’d never forgotten that feeling of glorious awe beheld at the top of the storied outlaw hideout. It’s just a hill, by all accounts, in spite of its lovely Stone Corral and Devil’s Slide, but there is something special about that view, something magic in those rocks. Consider, for example, that as Lake Eufaula was being created this land survived. Consider that a scant dozen miles away sits that monstrous manmade lake which forever drowned sacred land and farmer’s homesteads, that fishing resorts ate chunk after chunk of shoreline and that wide sections of land surrounding were framed out in barbwire by ranches. But Robber’s Cave sits as stoic and untouched as pre-settlement, with as glorious a view as centuries ago of the San Bois gently sweeping the horizon in deep navy tones and hazy gray green. 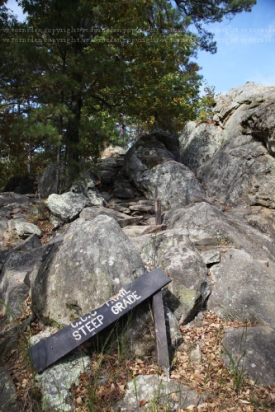 Outside of the larger metropolises of Oklahoma City and Tulsa, Oklahoma quickly becomes a rural state, more so and more so the further from those cities, so much so that ninety eight point some odd percent of its population lives in one of those two cities while whole swathes of land mass remain undeveloped. But even within the jaw dropping confines of those statics, to see places so untouched renews a certain faith in a body, rekindles a hope in divinity and nature and forever and ever unsoiled, or at least a forever and ever that could fix any of what our dirty hands destroy. 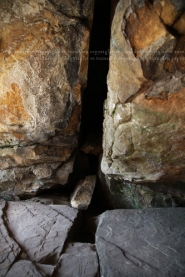 “What must this have been like back when you just came onto the land and staked a claim, when this was all territory? Can you imagine? Hiking up the hill and seeing this view, or Turner Falls, or Black Mesa? And just being able to set up camp and live there? Just like that?”

“It’d all be better off if it was still private.”

And that’s where Josh and I veer into jovial debate. He believes nature should be privately controlled and preserved rather than open to the vandalizing and careless public, whereas I believe that people should be discouraged from commercialism, urbanization, and the waste of land through education and seeing what they are missing. The vandalism in the park that makes us both annoyed he sees as vindication of his argument, whereas I see further proof of the need for a great cultural shift, a pulling out of stupidity at its roots and renewing of depth and conservationism. Not the first time we’ve had that conversation, it goes round and round like brief dust devil and dissipates as quickly, no real end, just trailing off. Most of our conversations follow that model, frequently picking up again days or weeks later at the most bizarre times. We ebb within our own tide like one conscious more often than not, something primordial shared in our d.n.a. I suppose. 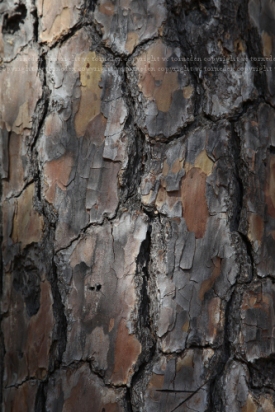 Borrowing my camera, he photographed the last of a lightening destroyed tree while I wrote and stretched time as long as possible before drifting into a silent hum with something invisible just past the horizon.

“We should’ve brought up a blanket for a nap.”

He was sitting in the shade of the pine next to me by now, watching that same small future point in the blue haze. 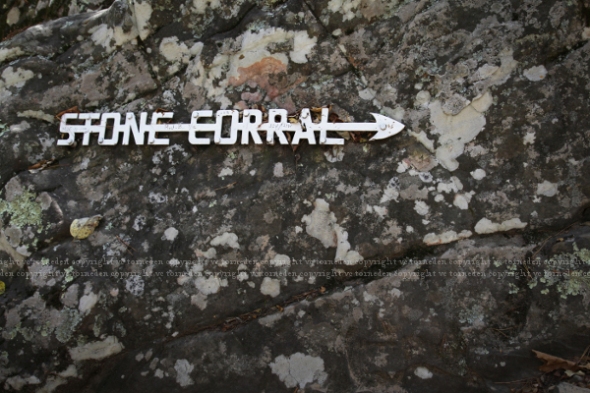 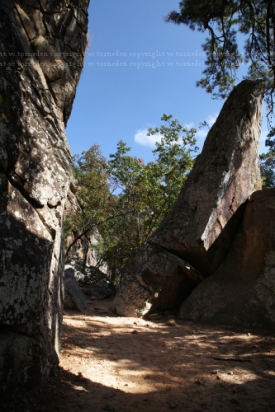 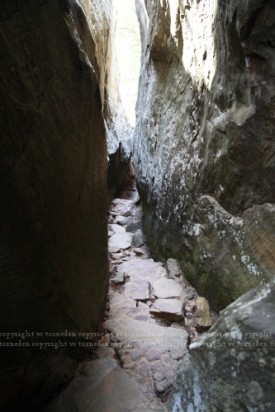 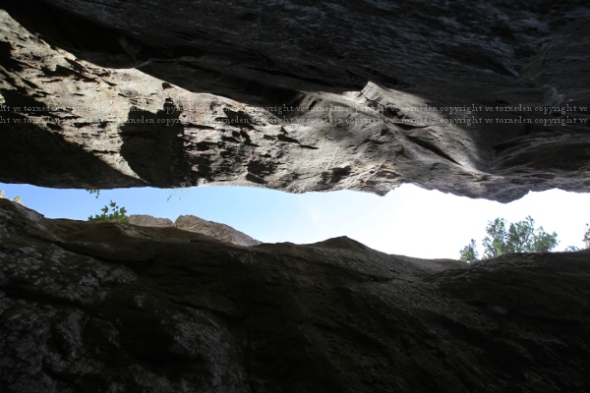 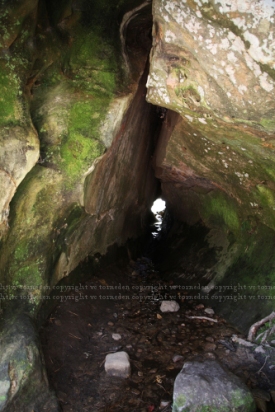 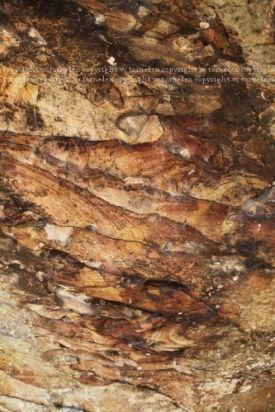 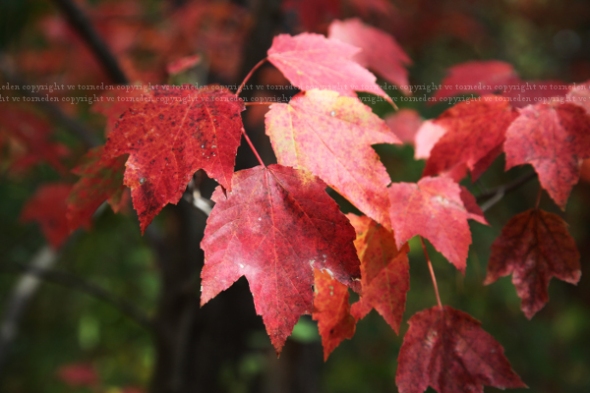 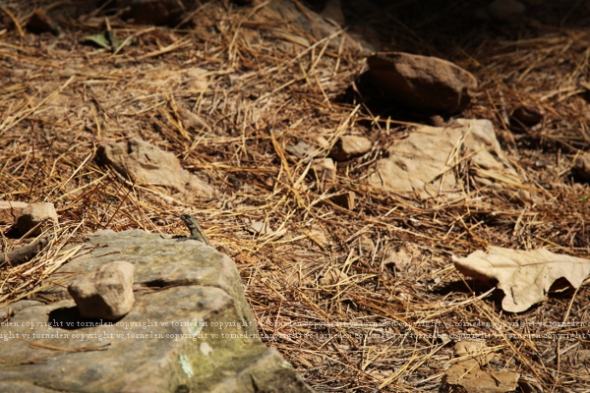 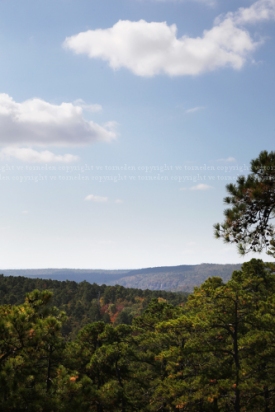 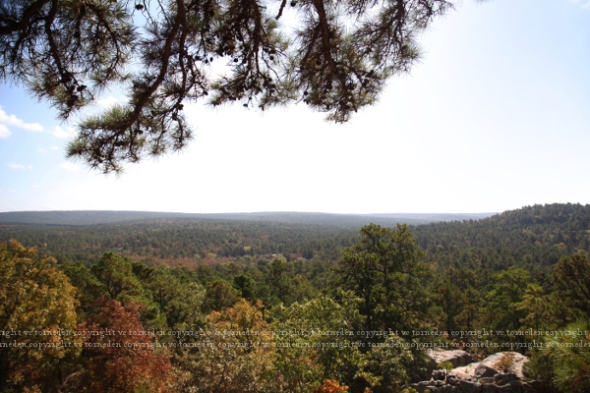 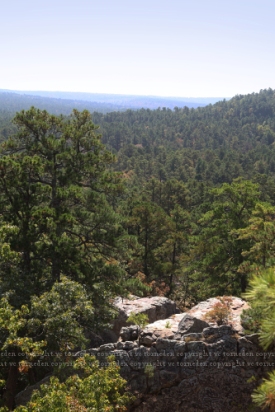 If you visit Robber’s Cave, bear in mind your personal hiking ability. Sections of the upper hill are more tedious and the old CCC trail that shoots directly up along Devil’s Slide is becoming impassable. If you really intend to explore give yourself at least three to four hours, just for the cave area. With so much amazing rock formation variety, gorgeous vistas, wildlife, and nooks and crannies to explore, I suggest you take a full day. The park itself is over 8,000 acres and campsites feature small corrals so that you may bring along your horse and take in the many miles of horse trails winding through its gorgeous pines. The horse trails and foot trails are clearly designated. There is also a lodge and cabins for those less inclined to standard camping or for those who would like to take in the available hunting and fishing during designated seasons.