The third in a series of posts containing the odd assortment of photographs taken along Route 66 which don’t necessarily need to be forced into another group of photos. I’ve also begun shooting laying or sitting on her center line at various intervals to show the rapidity and extremeness with which she changes along her remaining length. Those are slowly becoming a series unto themselves. 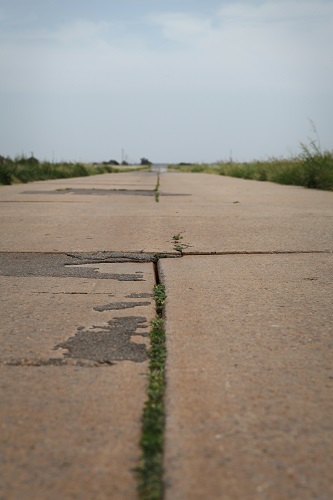 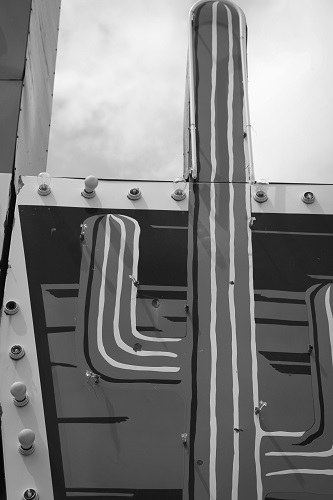 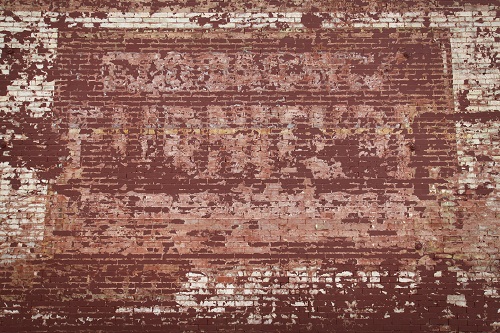 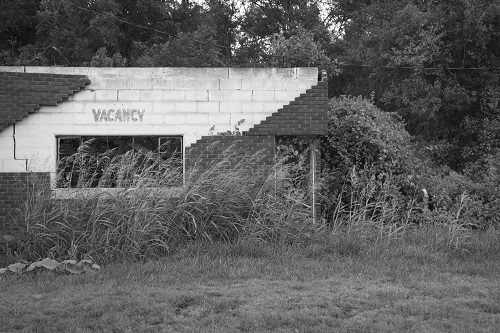 Between Elk City and Sayre OK. 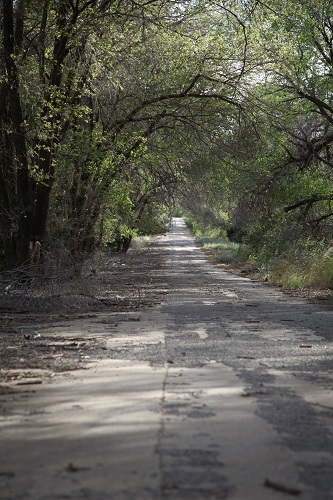 Somewhere near Erick OK. Original 66 is decommissioned through this area and runs directly parallel to State Highway 40. Nature is swallowing her back up, making her look eerily like her own tombstone. 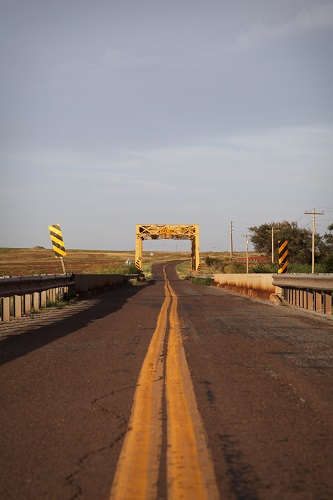 The following are part of the photographs taken in Hext, OK. I knew in advance that Hext is considered a ghosttown, but didn’t realize that it really is almost gone. The following are of the church and school (now used as a barn). Very little else is left and all of it stands on private property. Nevertheless, I had to stop, because aside from it being one of Oklahoma’s original towns on 66, how cool is the name Hext?

The cornerstones that would have originally had WPA and the date carved into them around Hext school and the surrounding fence (seen above) are gone and the school itself is currently serving as a barn while it collapses. If like me you have an interest in the vanishing building projects of the WPA/CCC era it is worth stopping, otherwise there is nothing left to see.